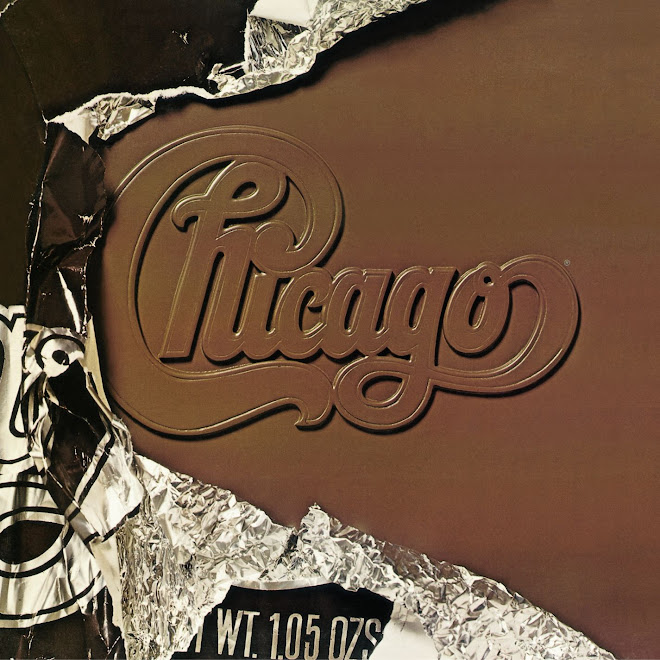 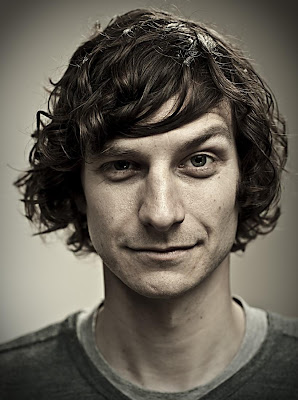 Gotye is tasty like applesauce and peaches
By Jon Slone


Seriously…when you are compelled to write about some new musical artist, that has to be your first sign that said musician is quite good. For I don’t think, nay, I am certain that I would not undertake to sift precious time away from toiling at my prodigious novel to tell you about some dude across the pond unless the “Dude across the pond” was really really good.

Gotye is the name ladies and germs. Remember it well for I dare say it will bode nicely atop your mouth-watering new-artist shelf.

From here, I will try to be brief.

Great music plus great voice equals Gotye! He is an avid gatherer of odd noises and deep seeker of bizarre things to whack at with a pair of drum sticks. Gotye also can warble his butt off (He sounds like Sting and looks like his illegitimate son….no lie)
If you like odd music, neat sounds, sonic poetry, cool lyrics, something real and fresh and new, The Police and dudes that favor Gordon Sumner than look no further than Gotye. Pronounced (go tea YAY)

Best songs in my opinion would be:
Somebody that I used to know
Thanks for your time
State of the art
Easy way out
Eyes wide open
Save me
I feel better

Gotye is definitely worth thirty minutes of your time. Give him a try. Also, as of right now, his song, “Somebody that I used to know” is number 5 on the Billboard Top 100 list. That equates to a smash hit! 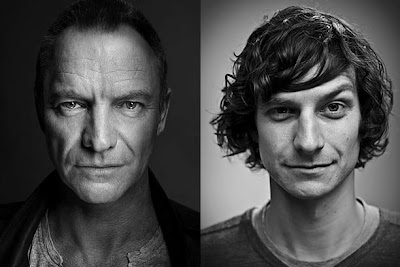 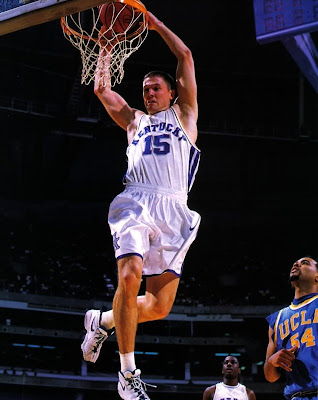 
We had a Sheppard who could leap for days and days!
We had a Meeks servin’ J’s & Trey’s on trays!
We were born to shine
You were poised for pine.
We hangin’ banners like its wash on a clothes line!
We droppin’ three’s good and plenty, rockin’ Rims like Kenny.
We got the jets in our bounce like our name was Bennie

We got the best fans ever in every pew.
The BBN is in your house and it’s packed with blue!
The throng is strong yo, the crew’s sensational!
Cat-lanta, the Maui Invitational!

You go against Kentucky and it’s an Aft-Climb!
You’re dead and buried and it ain’t even half-time!
So hang anutha blood-letting in the win column.
If yer lookin’ for the team with the most, yeah we got’em!


We in your brain ‘til it wanes and waxes numb.
Your little team is tucked under Kentucky’s thumb!
We was kickin’ and clawin’ and ballin’ at birth!
Now we’re all-in like a flood that blankets the earth!
If this world is a stage then Rupp is the best!
We gonna see which posse can dance the best!
We droppin’ wins like our fingers were covered in grease.
The Godfather of the game and you’re just the niece!
Our fate is eight and then it’s nine while you rock the bottom.
If you wanna see stars in the light, yeah we got’em!


We had a Kevin Grevey and a Cotton Nash.
And a Winston Bennett and a Monster Mash!

We had a Jorts and a Jones and a Dirk and Mills.
We had a Prince and a Knight and a King for realz.
And a Tony and a Walt and a Derek and Toine.
And a Nazr and a Mark, Jeff, Wayne and Ron!

We got the Goose
We got the Wall
We’re Unforgettable.
You’re not at all!
We’re getting’ eight
Then getting’ nine!
We push ahead
You lag behind.

We’re getting’ eight
Then getting’ nine!
We push ahead
You lag behind!
We are the mist
That drives the nail.
You come to Rupp
You get the L! 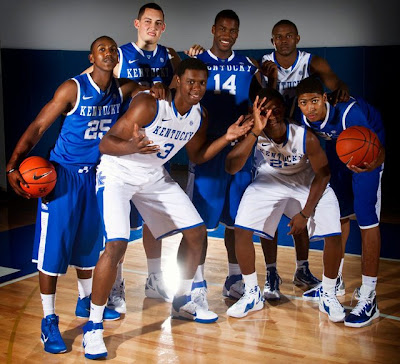 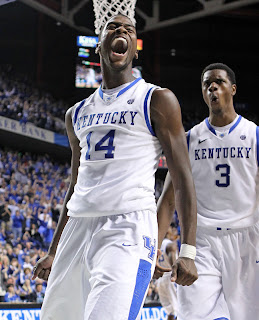 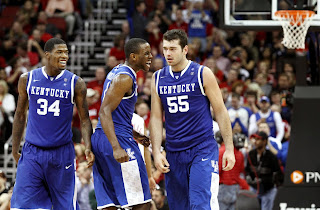 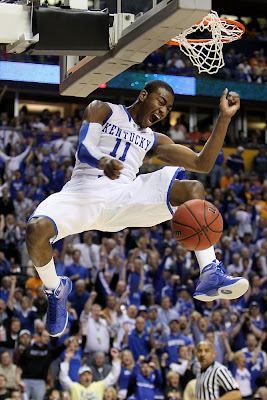 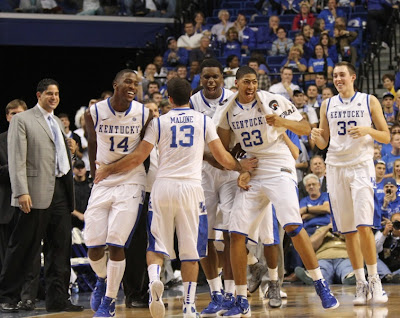 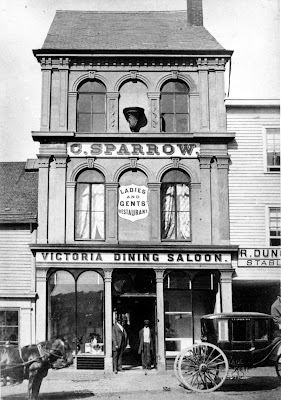 
To sup with Peter Von Stephen McPrune.
Is something you won’t forget any time soon!
For dinning, according to one Mr. Stephen,
Is a maze where the meal has to balance out even.

To sup with Peter Von Stephen McPrune.
Is something you won’t forget any time soon!
For dinning, according to one Mr. Stephen,
Is a maze where the meal has to balance out even. He nibbles some noodle. He pulls at some pork.
He props-up some peas on his platinum fork.
He pinches off pieces of Pennyworth Ham.
Then he lathers his biscuit in Bawberry Jam.
He gobbles some Chokecherry Tart with a grin.
Then a peck of potato-cake finds its way in.

But what if his food found a mind of its own?
And a small piece of pork, were there not on the bone.
And the ice cream’s ah plenty with a shortage of cone.
And the butter’s in bloom but there’s scarcely a scone.

And there’s two little peas next to ten little beans.
And there’s hardly no ham and he’s scarfed-up his greens.

And there’s leftover lobster but he’s lacking in leek.
And the taters are waning from his Bubble and Squeak.

And there’s no more Jam, save a wee bit of Jelly.
And his soup has all sunk to the foot of his belly.


What then, what then, oh my, what then?
What a pickle poor Pete would find himself in!


To sup with Peter Von Stephen McPrune.
Is something you won’t forget any time soon!
For dinning, according to one Mr. Stephen,
Is a maze where the meal has to balance out even. 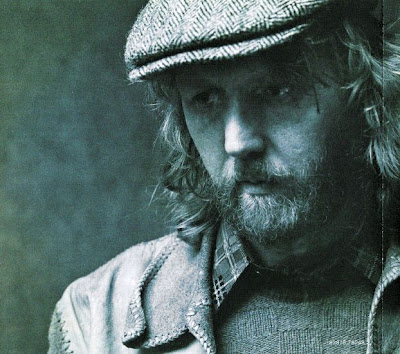 
My sis got his tresses in no small measure!
And the outright propensity for finding lost treasure.
And Keith got the Arkansas Toothpick and sheath.
And all that I got was my Dad’s crooked teeth!

And Scott got the gift of gab from my father.
And Trent got the bent to be quite the big bother.
And Ben got his voice
So he sits and he swings.
And he sings with his shiny wooden box strung with strings.
And Jim got his hops.
Or some call it ups.
And Mike got his case of collapsible cups.
And Jill got his smile.
And the smarts went to Heath.
And all that I got was my Dad’s crooked teeth!


You’re curious to know what they look like for real?!
Okay, but you gotta like promise not to squeal!


Yeah, tell me about it!


I could have been blessed, as was Courtney or Keith.
But instead, for my turn, someone gave me these teeth!

Busted-up choppers with hope headin’ south.
Cause it looks like a pipe bomb went off in my mouth!


I swear on a carrot with coins underneath.
May you never inherit a bunch of these teeth! 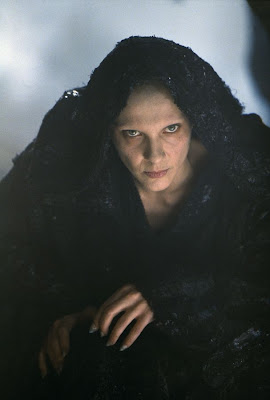 Don’t take from that Pam, not even a suture.
Cause Pam’s gonna want something for it in the future!

She’ll show you a smile.
And clothe you a while.
Then sit for a season to simmer and smolder.

Cause Pam’s pretty favors wear invisible tags.
And the tags tote prices too heavy to shoulder.

So don’t need a nickel near Pamela Toad.
Cause Pam’s gonna take way more down the road!

Jon metoneonce Slone
Posted by Jon Slone at 11:19 AM 1 comment: 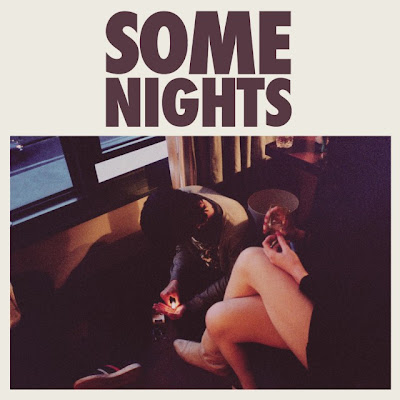 fun. is fun!
By Jon Slone


I just discovered the band, fun. less than twenty four hours ago. They are so refreshingly wonderful that I was compelled to write about them straightaway.

All of the musicians (3) are tops in their field and played prominent roles in the three disbanded groups from whence they came. In that regard, they’re like a super-group.
The lead singer (Nate Ruess) is the best. He sings not only through the roof, but through the first layer of low-lying clouds what scoot in constantly to hear this man croon. Their arrangements and overall sound are like a croissant, endless peels of sonic nourishment and then some.

My favorite songs are, Some Nights, We are young, Why am I the one, All alone, Stars, Walking the Dog and All the pretty girls. The last two songs are from their first album, Aim and Ignite. The others are fresh from their new release, Some Nights, which just became available for purchase today.

Something about their music makes my insides feel like they’re sliding down a Skittles Rainbow whilst eating Turkish Delight and watching Picture Pages on the Telly!

Is that a bad thing? 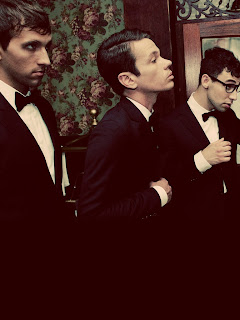 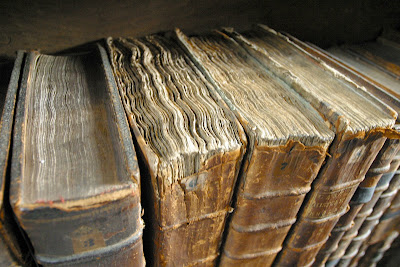 One Dumb Page
By Jon Slone


Something is wrong with a page in my book.
It’s page 99 if you wanna take a look.
It might be the flu or its stomach’s upset.
But the page isn’t hard and the words are still wet!

I looked a bit closer
I was paper to chin.
Then I lost my darn footing and I fell right in!

The book was real good
I liked that Corey.
And Lori who lived in the town Hunky Dorey.
The dialogue was sweet
It was gruesome and gory.
Then one dumb page went and ruined the story!

I’m stuck in this book!
It’s a thick paper cage!

Maybe you’ll see me when you turn the page.

A word to the wise
For those I’ve not met.
Stay back a safe ways
If the words are still wet!

To the young and decrepit
The pea-sized and portly.
The suave and debonair
The uncouth and uncourtly.
To the sheep
And the creeps
And my peeps
And my wife.

Plus the people I've never ever met in my life!


Welcome to Big HE little me! Located at the corner of, "Jesus is the WAY" and "Writer's BLOCK!" An ordinary blog about my walk with an extraordinary Savior! And maybe a pinch of interest where books, movies and music are concerned.


So bring your funny bone, kick back, pop open a Shasta and stay awhile! 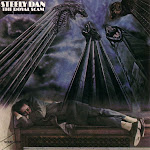 The Greatest Toy Ever! 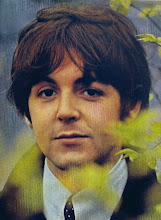 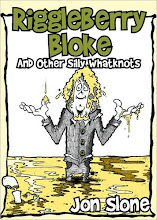